Students across CATS Cambridge were welcome to drop in to our 2nd Higher University Fair on Thursday 17th November in the Common Room. As usual this event is a packed out affair, with over 18 University representatives tackling many questions from our students.

Thanks goes, of course, to the wonderful Christine Rudd, CATS Cambridge Higher Education Officer, for putting together another highly successful University Fair.

For my own contribution my influential male is my son Euan. As for most parents my life was completely changed by the birth of my son Euan, my eldest child. He is now 27. He has always been a gentle character, who enjoys fun and laughter. As a young child he was quite shy and quiet but always determined and brave. At eleven he was in a bad car accident with his dad and a friend. He was beyond brave and contributed to saving his father’s life. As an adult he is doing well in terms of work. He has a lovely girlfriend and good friends. I am proud of him in many ways. Most of all he has become a kind, generous and good man. He is a person who accepts others for who they are and never judges, a good lesson for us all. He is simply a wonderful son who makes me a better person.

Following my influential male we have some contributions from Panther house, both moving and powerful.

Steve – Personal Tutor Panther House, “My dad. He has always stood by his morals and ethics and was (and still is) an example to me of how to behave”

Meriel, ‘My cousin James is a fire fighter in London, and he is massively inspirational as he has done things like climb to the top of the Shard in full firefighting kit! He’s a strong, kind, independent leader.’

Victoria, ‘My grampa is an important person in Brazil as he is hard working and is seen as a leader in business.’

Beatriz, ‘My older brother is true to his values. He’s very strong for me and the family, when we are sad, he is our strong point.’

Fon, ‘My father because he works hard and is kind.’

Aleesya, ‘My father, he’s tried so hard in politics to become the successor to my grandfather and to provide for the whole family.’

Sky, ‘A man I worked with climbed from the first floor to the third floor outside the building to help me to get out of a locked room in China. I was not in danger, but he chose to help me.’

Personal Tutor David, ‘My Dad is an amazing person; he won’t give up on his principles.’

House Director Hayley, ‘My Dad has always said, “live and let live.” Like Mandela, he believes that education is the most powerful weapon we have to change the world. I live by that.’

Meriel, ‘Both Personal Tutors David and Steve are exemplary role models to all of us.’

The 4th game of the CATS Cambridge interhouse Volleyball tournament opened with Leopards taking an early lead. House captain Natalia gave an impressive performance with skilful passes. Tigers pushed ahead with several close volleys. Several wide serves from the Tigers handed the lead back to Leopards and Efe, Leticia and Kerem demonstrated excellent teamwork working the ball between them to gain further advantage supported by Yunus and Alanur. A short strategy discussion at both ends in the two-minute break launched the Tigers back into the second half determined to gain the upper hand. Arsenii, Danylo and Bosco worked as a coordinated trio responding to the fast play. Strong support from Arber and Mikel pushing their serves far back enabled Tigers to gain valuable points. Gary came off the bench as Tigers crawled back point by well-fought point with Eason stepping at key moments. However, it was not enough to stop the victorious Leopards from taking the match. An excellent battle from all players. Fairness, sportsmanship and teamwork shone through.

The second volleyball match for the Leopards was again successful! We won 2:0 and depicted great teamwork. It makes me proud to see that not only do we show strong enthusiasm and commitment during our lessons for instance by continuing having 100% attendance, but also outside the college as we did on Wednesday during our volleyball match. The reasons we won were that we enjoyed the game, communicated and supported each other really well. I want to say thank you to all the participants and also to great supporters from other houses.

Tiger House students have had another busy week, we had the last interhouse volleyball match playing Leopard house, we played a very close match, but Leopard house managed to secure the win. A big thank you to Mia and Bosco for organising the team and putting on excellent matches against older students, well done. We also had a talk from the Principal Dominic Tomalin to introduce International Men’s day, students were engaged throughout and left with some thoughtful insights on what it means to be a man in today’s society. Finally, the student round of Mastermind happened this week where 3 Tiger students signed up to answer as many questions as possible on their specialist subjects, Su, Julia Soarez and Tiago, whose specialist subject, hormones, Louis Tomlinson and Santa Cruz football team respectively all did incredibly well, Julia won the heat and makes it through to the final against the staff. Well done to all.

In our weekly Panther House Assembly, we discussed the Cambridge dictionary definitions of the following concepts: Tolerance – willingness to accept behaviour and beliefs that are different from your own, although you might not agree with or approve of them, versus Intolerance – the fact of refusing to accept ideas, beliefs, or behaviour that are different from your own.

Students discussed these concepts in pairs, and then contributed suggestions, as seen in the collaborative poster project. Congratulations also go to Panther House Captain, Meriel, who had her illustration of a cat called Smudge published in a book called, ‘Smudge’s Wordsearch Puzzles for Kids.’

Words from the Principal, Dominic Tomalin

Men have a good deal for which they should answer. I don’t doubt this for a minute. This is one of the few opinions I can hold without the entirety of my position being seemingly compromised by the fact that I am, without doubt, a white male from a privileged background. I am reminded of these facts at every turn. I am told that it must be impossible for me to empathise or sympathise with others of a different bent – that I must, inevitably, seek to prop up the gender hegemony from which I have undoubtedly benefited. And, to be clear, I have benefited from my background. I know this. I am not ashamed of this, but it does weigh heavy upon my shoulders. I like to think it has driven me to be better version of myself. I like to think that it has driven me in my endeavours to make the world a better a place. I like to think that I have owned my responsibility to do something about it. Only time will tell the degree to which I succeed.

I have lived through extraordinary times in terms of gender and identity. The open public debate about such matters would have been unthinkable in the UK of my childhood in 1970s and 1980s, things were not much changed in the 90s as I began my career. My background and gender opened doors for me which were not so easily prised open by others. Throughout I have had roles in which I had agency. As an adult, I have determinedly endeavoured to be blind, to be blind to all those characteristics that lead to discrimination. I will not lie; at times I have had to very consciously work against the tide bias that comes with being a human, conscious and unconscious. I am hopeful that all the lives that I have touched in my professional career have been affected with equity. I have tried.

Why have I written so much about me. Well, it is because I am lucky. Others are not. I am lucky because I have been able to be part of changing the ground, changing the rules of the game. I have also been in a position to adapt, to change, to encourage. I have myself been prepared to change. I owe much of this to my upbringing and my education. Role models of all persuasions abound in my childhood, pragmatism over zealotry the pervasive philosophy. I am fortunate indeed.

The changes we have seen in less than a generation have been profound. Societal expectations for maleness and masculinity have not kept up and are still in flux. It is the great irony that for all the power that men have held in the past such little thought has been given to confusion of expectations now placed upon men; we want your masculinity, but not really and certainly not like that. Oh dear, no!

Little wonder then that there has been an explosion in mental health issues and suicides among young men. They need to know what is wanted of them.

I do not believe in zero sum games; I do not believe that anyone should be left out. So, in this week, the week in which International Men’s Day falls, give a thought to how you want men to be, to how manliness fits among the ever-expanding identities rightly recognised. Talk about it, where does maleness and masculinity fit in, how should it be used to the benefit of all. I have no answer to offer other than I know the world is a better place for the progress made in the last few decades. I know it will be better still once we’ve worked out what to do about Philip, Kevin, Imran, Dominic and, of course, Sue. It will be better for them too. 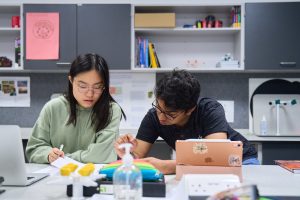 Back to school: Three top tips to get organised and motivated for the new term!

We know getting back into your school routine can be daunting after a long holiday break, so here are our top organisation and motivation tips 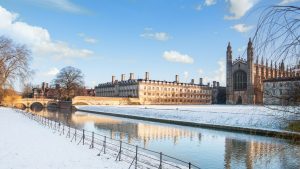 The best 5 things to do in Cambridge during Winter

Winter is one of the prettiest times of the year, and this is particularly true in the beautiful city of Cambridge. Stunning views in the 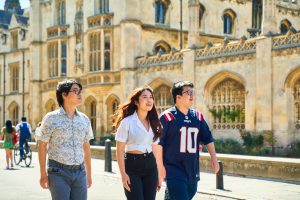 Many visitors will know of the famous University of Cambridge colleges, punting along the river Cam, or the world-renowned collection at the Fitzwilliam Museum, but