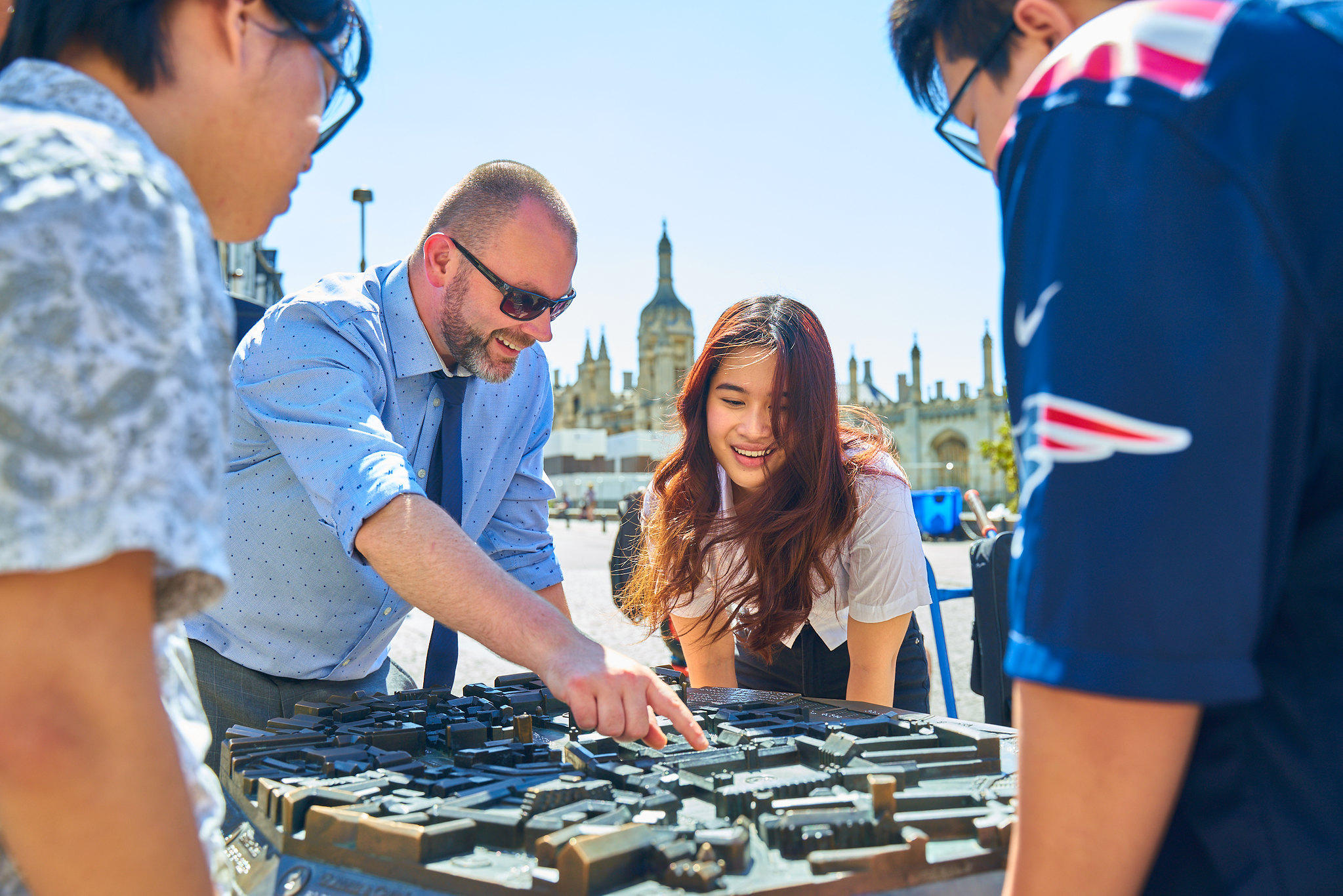 Membership of the CGS Governing Body

Prior to joining the CATS Group in 2012, Chris held senior finance posts at Roche Pharmaceuticals and Activision Blizzard focused on sales effectiveness, finance system integration and BI reporting. He has held a number of roles at CEG/CATS, including working in China (Beijing) as General Manager for 18 months where he was accountable for one third of the group’s global revenue. More recently he has been managing the groups global finance department. He was responsible for day-to-day finance, audit, month/year end, tax, board reporting and financial/management accounting, ahead of taking up the CFO post for CATS Colleges prior to his position now as Chief Executive Officer.

Mr Junli He was promoted to Executive Vice Chairman of Bright Scholar from January 21st 2019, and remains as a board director. Prior to the promotion, Mr. He served as the CEO of Bright Scholar Education Holdings Limited from October 2015. Before joining Bright Scholar, Mr. He was the founder and chief executive officer of Time Education China Holdings Ltd., and he also served as Chief Financial Officer, Chief Executive Officer and a director of Noah Education Holdings Ltd., a former NYSE-listed private education services provider in China, from July 2009 to December 2011. He was made a director in September 2020.

Ms Dongmei Li has served as the Chief Financial Officer of Bright Scholar Education Holdings Limited since February 2017. Prior to joining, Ms. Li served as Financial Controller, Vice President of Finance and Chief Financial Officer of Noah Education Holdings Ltd. Ms. Li obtained a Bachelor Degree in Business Administration and Tourism Management from the Beijing Second Foreign Language Institute, and a Master Degree in Business Administration from the Arizona State University. She is a certified master financial manager from the American Academy of Financial Management and is also a member of the Institute of Management Accountant. She was made a director in September 2020.

Craig read Chemistry at the University of Oxford obtaining a first class degree. He stayed on to study for a DPhil, with his project making the front cover of the journal Angewandte Chemie. Following a PGCE, he became a Head of Chemistry in the UK before moving to an international school in China as Head of Science followed by a promotion to Deputy Head, with responsibility for student tracking, intervention and academic target setting. Craig has been working for CATS Colleges since 2013 and has been Executive Principal since January 2019 and Principal of CATS Cambridge since January 2016. His first role was Director of Education, coordinating the three UK CATS Colleges’ academic activities. Craig was previously DSL at CATS Cambridge and last attended DSL training in April 2018.

Dominic joined CATS Cambridge as its Vice Principal in August 2016. He has extensive experience as a teacher having taught Economics, Business, Physics and Mathematics at A Level. This reflects his eclectic academic background; Dominic holds a Bachelor’s degree in Natural Sciences and Masters’ degrees in Economics and Education. Before joining CATS Cambridge, Dominic worked as a boarding Housemaster, Head of Department and he has been a school lead for university applications.

Severine has over 20 years’ experience in independent education, both in the UK and abroad. She holds a Master’s Degree in ICT education and eLearning from King’s College London. She joined CATS Colleges in 2014, first as Vice Principal at CATS London, then Vice Principal at CATS Canterbury (now Worthgate School) and Principal since January 2020. Severine is a passionate believer in the transformative power of education to develop leadership, courage, respect and integrity in students as well as academic prowess. She believes that it is vitally important to raise young people to become strong, confident and independent young adults, successfully equipped to face the growing challenges of university and society upon leaving school.

Having been Vice and Acting Principal in CATS Canterbury since 2015, James joined CATS London (now Guildhouse School London) in September 2018. He was previously the Director of Studies at King’s College, The British School of Madrid and Head of Sixth Form at The Canterbury School. During undergraduate study James read Economics & Education BSc (Hons) and undertook an Erasmus placement at the University of Malta. He gained his MA in Economics in 2012. He is an Independent Schools Inspector, examiner for a leading UK examinations board, an Economics and Business teacher and experienced residential houseparent. Previously he was a Trustee of the British Youth Council, and is currently a warranted leader for The Scout Association.

Jason has nineteen years’ experience in education, with nine years as Headmaster and Principal. He is originally from North Wales and read Geography at Aberystwyth University before completing his PGCE and embarking on a career in education. From 2014-2020, Jason was the Principal of Rainbow International school in Kampala, Uganda and has extensive experience of school development and embedding a culture of sustainable growth and academic success. He firmly believes that every student should be taught a curriculum that inspires, challenges and stimulates in a safe and secure environment. Jason is a school inspector with the Independent School Inspectorate (I.S.I) and a Lead Improvement Partner with the Council of British International Schools.

Anna joined Cambridge Education Group as Director of Operational Quality in November 2016. Anna has 20 years of experience in customer service environments including eight years at The Savoy Hotel in London and managing front of house and event spaces within investment banks and law firms in the City of London. During her time with the company she has worked closely with the Operations Management team to drive standards and challenge practices to enhance the student experience outside of the classroom. She aims to act as a central voice promoting the group ethos when in the schools and a voice of the schools and the customer when within the central team.

Joe joined the company in 2014. Initially leading the analytics team before progressing through the Financial Planning and Analytics (FP&A) department, and most recently to the position of Head of Finance. Joe studied Economics at Newcastle University and is a Chartered Global Management Accountant (CGMA). Throughout Joe’s career at the company, he has been at the forefront of commercial decision making and is currently responsible for all aspects of finance performance including: the group audit, statutory reporting, management reporting & commercial analytics.

Tim has been leading global People Teams for over a decade within several sectors, including marketing, entertainment and retail. He now brings the experience of organisational development, talent, learning & development and organisational transformation projects to CGS.

As well as working as our Chief Education Advisor, Sue Brindley is a University Associate Professor in the Faculty of Education at the University of Cambridge. Her current interests are working with teachers and schools on professional development through practitioner research (CamSTAR). She is particularly interested in the legitimisation of professional knowledge and the enhancement of professionalism through research. CamSTAR brings her into contact with substantial numbers of teachers working across a wide range of areas, and she is now working on a cross school project (with ten schools) on Conditions for Excellence.

Kay recently retired from the role of Head of Bournemouth Collegiate Prep School after 12 successful years. Her career spans over 30 years in education having worked in both state and independent schools, as teacher, senior leader and Head. Kay has a wealth of knowledge and experience in leading and developing schools, and a commitment to ensuring the highest standards in education and the very best outcomes for all students. To achieve excellence, Kay promotes ‘education with character’, where academic achievement is enhanced by rich culture, strong values, broad opportunities and a sense of community and social responsibility. She holds an ILM Level 7 qualification in Executive Coaching and has worked in partnership with many senior leaders to transform their leadership. She has also worked with schools to promote a coaching culture within their organisation.